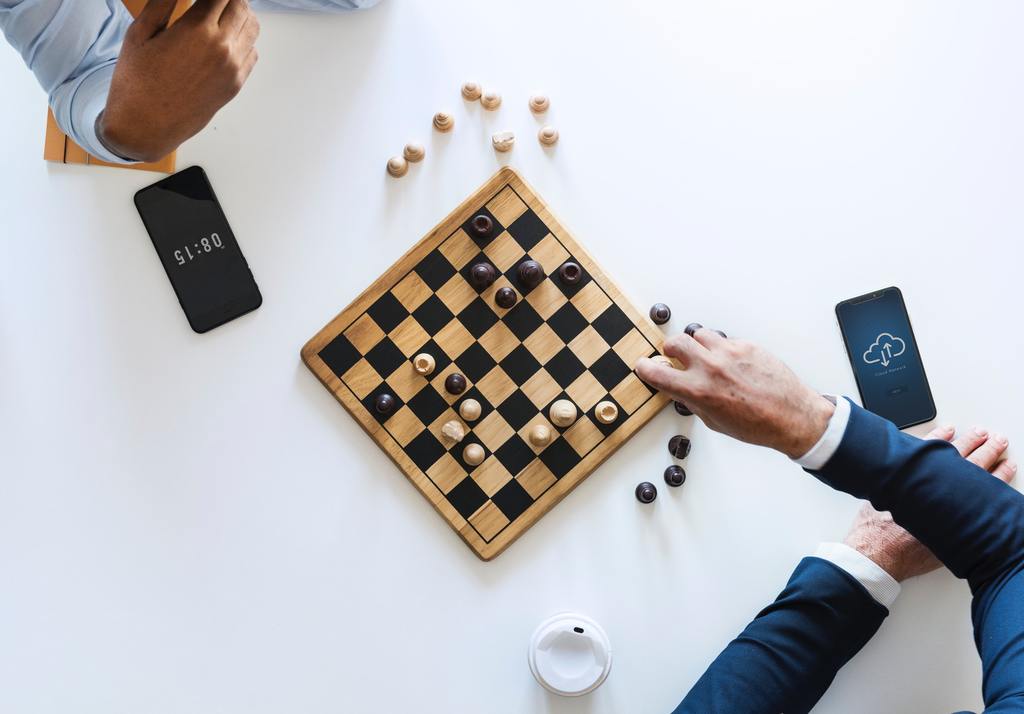 If you’re familiar with SEO (search engine optimization) you probably already know that there is a “good” and “bad” approach to it. If not, let’s start with a quick overview. The black hats are “bad” SEO, the white hats are “good” SEO. There’s even such thing as a grey hat approach too! Grey hats use both types of tactics, but it still isn’t acceptable in the eyes of Google. Even though black hat SEO is thought to be “dead” by a lot of people in the industry, it’s still alive and kicking. In fact, it’s even an unlikely source of inspiration for a lot of white hat SEOs.

Black Hat SEO is something that didn’t necessarily start out bad. A few tactics that are now labeled as black hat tactics, such as keyword stuffing and blog comment spam, were actually widely used in the SEO community back in the day. A few years ago Google started noticing these tactics and began to label them as negative ones. As a result, they asked websites to clean up their acts. This was the beginning of improving the user’s experience. Which is pretty good, especially when you consider that a lot of black hat tactics started to slow down once several algorithm updates started to surface.

Today black Hat SEO looks a little different. The goal now is to find loopholes in the search algorithm – ones that they can exploit in order to get a higher ranking. Don’t get me wrong, they’re still using some of the old techniques too! As for white hats, their SEO approach consists of taking to correct approach to SEO and in a less aggressive way. They focus on being compliant with Google’s existing algorithms and make it a point to provide relevant content that adds value. These techniques include onsite search optimization, quality backlinks, great content, and a lot of keyword research.

For the white hats, it’s all about following the rules Google has put in place. Instead of trying to trick them into giving them the ranking they want. But they can learn a thing or two from those black hats.

The Best Black Hat Tactics That White Hats Can Learn From

Seriously, you can learn from black hat SEO tactics. Especially if you view them as amped-up versions of white hate tactics. There’s always something in them that you can use to your advantage. For example, link building is incredibly effective, except when it gets spammy, which is quickly recognized by Google. So let’s take a look at some of the black hat tricks that white hats can use too.

1. It’s Totally Cool To Spend Money On Tactics That Work

Black hat SEOs have no problem dropping the big bucks in order to make money. They often pay for automated link-building tools, buy sites for private blogs, purchase links, and pay to be included in networks. Granted most of these tactics get them penalized by Google, there is something to learn from it: sometimes you have to spend money to make money.

A legitimate tactic could mean paying influencers to promote your content with organic links. You could even invest in ads to earn links and exposure. Or pay for tools that make it easier to track campaigns, such as KISSmetrics and AdvancedWebRanking.

SEO works A LOT better when you use backlinks. It’s so important because the strength of your link building becomes the most crucial part of Google’s ranking algorithm. In fact, a recent study proved that the more backlinks a page has, the higher it ranks in Google. So yes, backlinking is very important, and luckily there’s a white hat route you can take.

Black hat SEOs typically purchase these backlinks or build them in a way that is less than reputable. Thankfully there’s a way for white hats to it without resorting to anything shady. And that includes relying on partnerships, PR, testimonials as a way to build a library of backlinks, and guest blogging. Now’s not the time to feel shy about asking your partners for backlinks. You can also reach out to other established blogs, create viral content, write testimonials, and even list your business on third-party directories.

ALL of these reach the same goal: getting other sites to link back to yours.

Even the biggest SEO firms used to use keyword stuffing. They’d stuff their content with so many keywords that it was almost unreadable. But the goal was to try and get higher rankings, and at the time, it worked. Keyword stuffing still happens today, but on a much smaller scale.

Keywords are still important. You still need to use the right keywords and use them naturally throughout your content, but in a way that your content is still readable and user-friendly. You can use the Keyword Tool in order to find the right ones for your brand or niche. Just remember to not get too crazy with them, okay?

All you have to do is type in your target keyword and the tool will give you a list of suggested keywords. It also includes a number of searches for each one, which is very helpful. Another added bonus is that it’s free to use on a limited basis. The pro version gives you some additional features if you decide to take that route. Once you find a keyword you want to focus on, go ahead an include it in your content. But only where it’s relevant, don’t pull a black hat and start stuffing. Whenever you take the higher road of this tactic your rankings will start to increase.

4. Internal Linking Is Effective BUT In the Right Amount

Let’s face it, Google is a robot and it’s consistently looking for connections both inside and outside of your website. Therefore it’s important to organize your content in a way that makes sense to search engines. They need to understand it, which is why internal linking is great. Internal linking is done by linking from one page of your site to another. The more you organize your content in a way that Google clearly understands, the easier it is for Google to see what each page is discussing.

Pillar content is one of the most effective approaches when it comes to creating pages that cover a specific, in-depth topic. This one big topic/post can branch off to smaller topics and posts that reference the original article. It’s the perfect fit for internal linking.

Granted black hat SEOs make it a point to stuff internal links into every single piece of content. It’s like the type of links that you find on a Wikipedia article. These links have a tendency to come off as unnatural and they really don’t help with SEO in the long run. Instead, you need to focus on adding at least 2-4 internal links for each piece you create. That way it’s user-friendly in a more natural way. Just remember that your focus is to always add value for the reader.

Black hats typically test their theories and run automated software for controlled experiments. Sadly, this is something that white hats typically don’t invest in. White hats have a tendency to view testing as more time-consuming. This is why a lot of people in the SEO world agree that black hats test things a lot faster than white hats.

It might be true because a lot of the white hats used to be black hats and they now view Google as the ultimate authority. Which might be why they don’t feel the need to do any testing… they’re already following the rules, so there’s no point.

But here’s the thing, if you’re working in search engine optimization, you HAVE to test and optimize on whatever it is you find. You can’t just base all of your strategies on SEO’s best practices. It’s important to conduct SEO testing specifically for your brand. You can learn a lot about how to improve your rank in Google’s searches. Testing is a big deal and, in the long run, it matters a lot.

Bigger is better, right? Not when it comes to websites! It doesn’t add to the traffic, so it’s a good idea to prune back your site. The best way to do this is to remove anything that doesn’t add to the quality of your content. Go ahead and search for pages thank rank lower than 50, pages with no organic search traffic, no backlinks, or social shares.

But keep in mind that removing the content completely can result in broken links, which no one wants. Instead, you can add a “no index” tag on those low-quality pages. That way they’re technically still there, just not from the point of view of a search engine.

This is a must. You need to update the stats, enhance readability, and scannability. It also doesn’t hurt to add new sections and upgrade the visuals. Go ahead and add a table of content too. This will help people stay on your site longer. Then you can focus on adding some audio or videos in order to summarize any information you already have. Don’t forget to include internal links for related articles in order to create a web of content.

Google uses mobile page speed as a benchmark and has for a while now. If your site takes seven seconds to load, the bounce rate increases. You don’t want people leaving your site, so you need to make sure that your site loads fast. 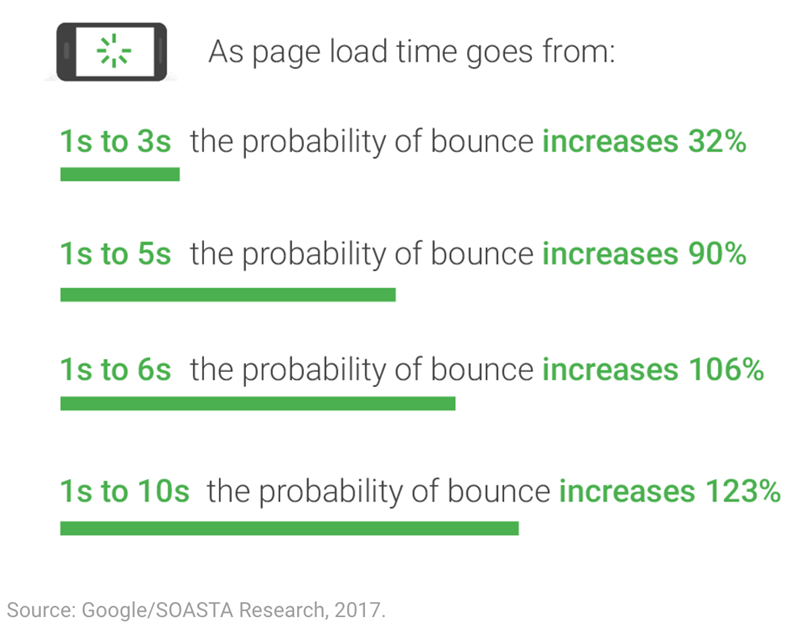 People really hate waiting for a site to load, especially on mobile devices. The problem is that the same report also found that most mobile pages take three times longer to longer, clocking out around 22 seconds. Slow loading times have a trickle-down effect… the longer a page takes to load the less traffic you get. You’ll also get more bounces and fewer conversions. It’s bad news for everyone.

It’s always a good idea to let the best practices guide the way. But at the end of the day, you HAVE to test and run experiments to make sure you’re benefiting from the tactic you’re using.

A few tests that you can do are running two content strategies at the same time in order to determine which one gets you the most engagement. Go ahead a tweak your keywords and links to see what you can benefit from. It also doesn’t hurt to measure how they influence your traffic over time. You can also use a traditional split test to find out which pages are more inclined to pick up natural backlinks. This is one of the first steps to ensure your success. Besides in order to operate effectively, you need to test and refine your approach as time goes by.

As you can see, there are a lot of things that white hats can learn from black hats. As long as you run those tests and stay up to date on what Google considers the best practices you’re in the clear. Have you used black hat tactics in the past and have since changed your ways? Are you more of a grey hat? Let us know in the comments below, so we can discuss!